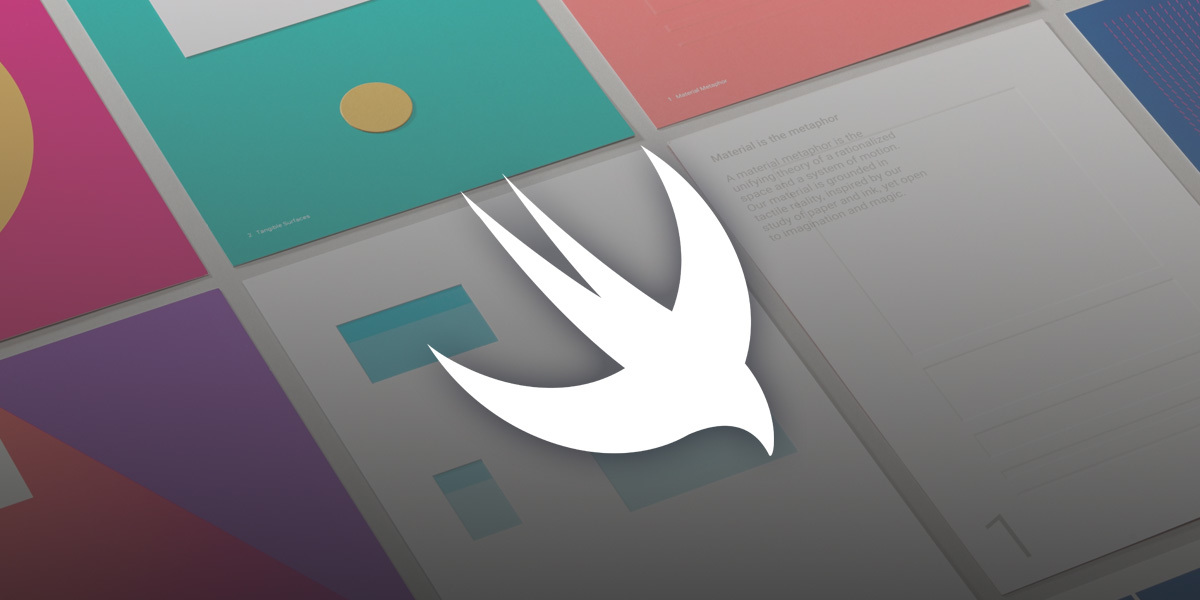 Material Design refers to a set of design principles used in most applications developed by Google, most notably the Android operating system. There exist Objective-C and Swift libraries of UIControls which allow us to easily develop iOS applications in such a style.

The most popular and fully-fleshed is Material, with roughly 6,000 stars on Github.

However, Material is written in Swift, and is yet to release a Swift 3 version. This should happen in less than a week, but in the meantime, there's another great package written in Objective-C: Material Controls For iOS, which has roughly 2,000 stars on Github. I've had good experiences using this package, and it's nice to worry about the Swift version.

I'll show you how to install this package with cocoapods (a dependency manager for XCode), and how to set up a simple text field.

If you don't have cocoapods installed already, you can get it with:

Now set up a new single-view Swift iOS XCode project, and create a file in the root directory called Podfile. This will have the following contents:

Now simply run pod install from the root of your project directory. 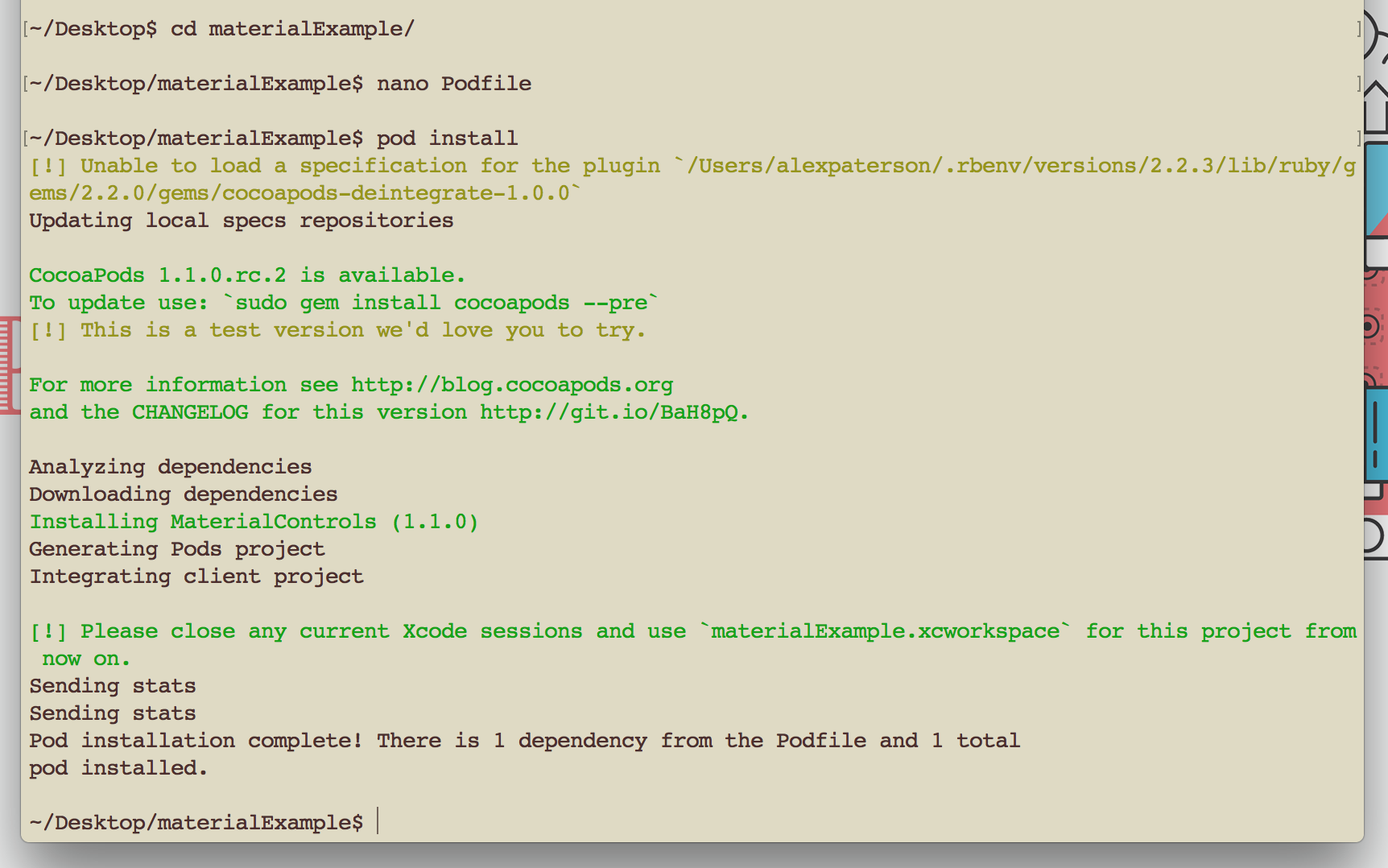 This has the effect of creating a new file: materialExample.xcworkspace. Close any .xcproject files you have open, and use the new .xcworkspace file from now on. Open it up, and we're ready to start using our controls

Getting A Material Text Field

In the sole view controller in main.storyboard, create a UIView constrained on the left, right, and top, and with a height of 80.

Now simply give this a class of MDTextField:

Now if you try to build and run as of the version I'm currently using, you'll actually get an error in the source code:

This has been an open but solved issue for a while now. The fix is to replace this method with the following code: 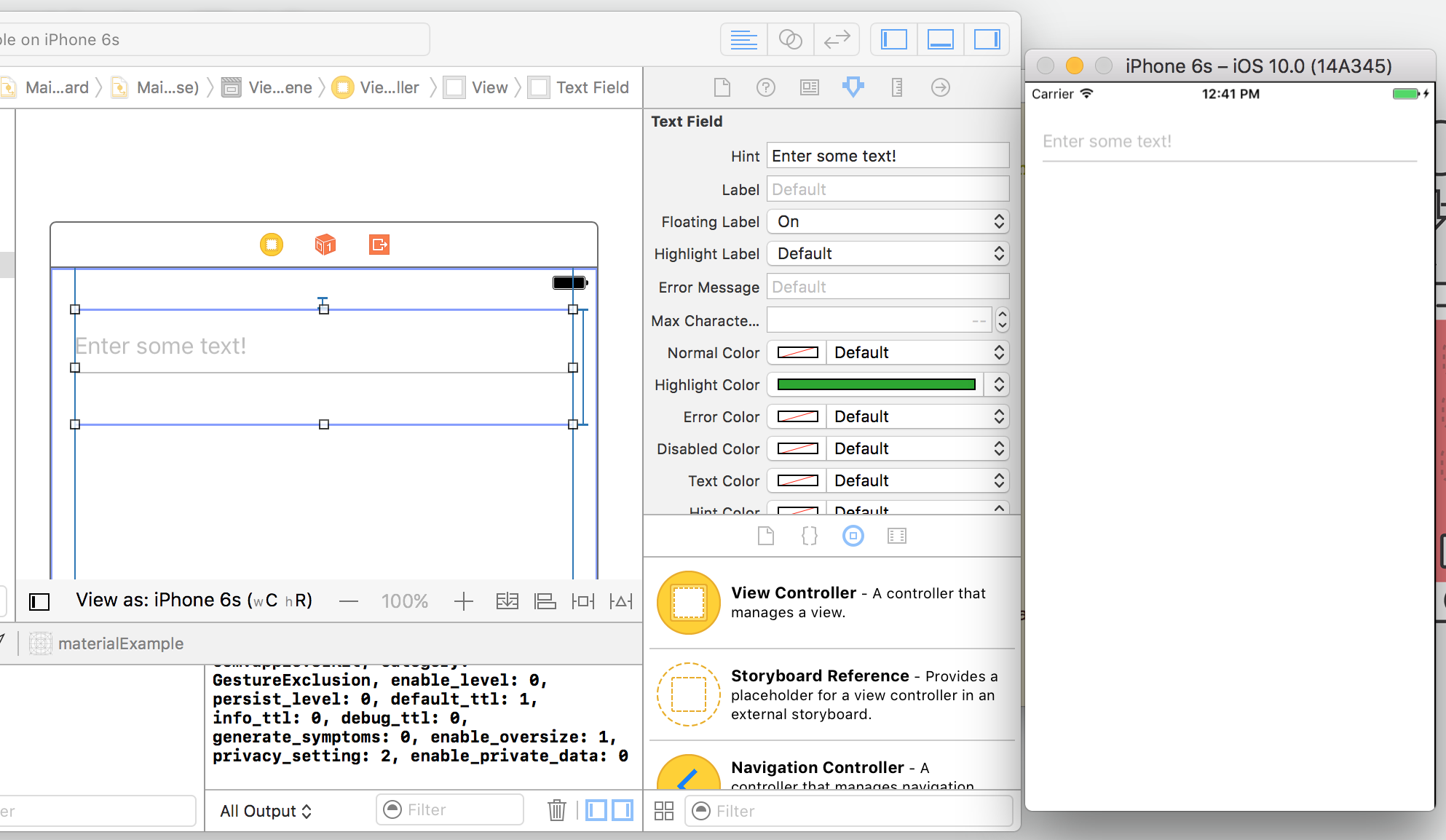 Very cool. Let's add an outlet to our ViewController now, and set it as a delegate. I'll add a couple of delegate methods too; one called when we start editing, and one whenever we change a character. I'm going to use this second delegate method to prevent users from entering 'z', as an example.

You now have a pretty Material text field with some very convenient delegate methods.

Any questions: ask below with Disqus.